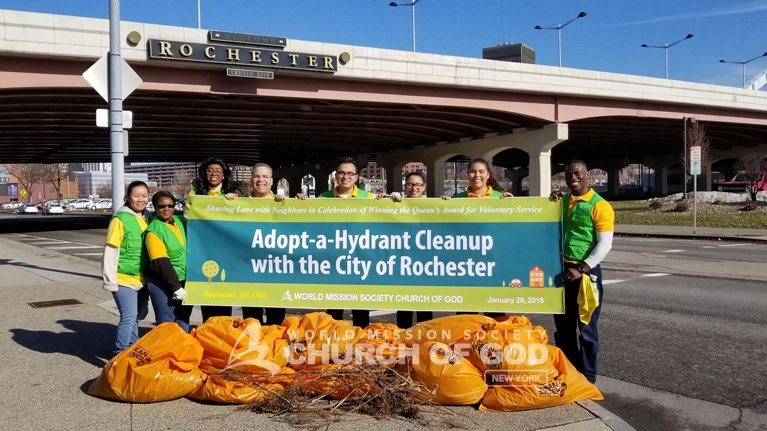 On January 28, 2018, the World Mission Society Church of God in Rochester went to the streets to raise awareness for the Adopt-a-Hydrant program. Church volunteers collaborated with the Southwest Quadrant Neighborhood Service Center and the Rochester Fire Department to jump-start the program.

Adopting hydrants is an important need in Rochester as devastating events have occurred due to poor maintenance of fire hydrants. As a result, firefighters have had difficulties accessing water during emergencies. To alleviate the high volume of unclaimed hydrants, the Church of God adopted hydrants on Exchange Boulevard.

About ten volunteers gathered around 9:30 a.m., ready to embrace the day with their iconic yellow t-shirts and green vests. With bright smiles they cleaned and cleared the hydrants of all snow, ice and debris. Until noon, participants shoveled snow, raked leaves, broke pieces of ice, and picked up garbage in proximity of the adopted hydrants.

During the course of the event, three major news stations captured footage of the cleanup—WROC8, Spectrum News Rochester and 13WHAM. The Fire Department of Rochester acknowledged the Church of God volunteers for not just raising awareness to local residents, but also for taking initiative to adopt hydrants and clean the areas surrounding it.

A first-time volunteer said, “Everyone is so nice and welcoming, I never did any volunteer service like this before, but I would love to join you all again for another volunteer service because this is a very great thing you are doing for the city.”

This cleanup effort was very meaningful to those living in Rochester because of its relevance to the community’s needs, in which they needed assistance on. The city continually expressed its gratitude towards the volunteers for their good deeds. 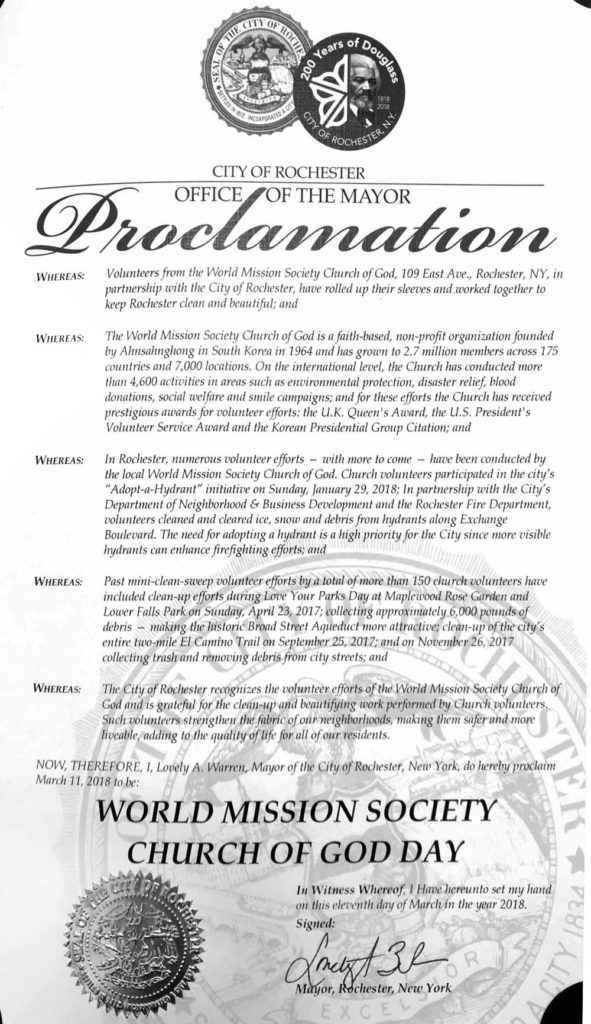