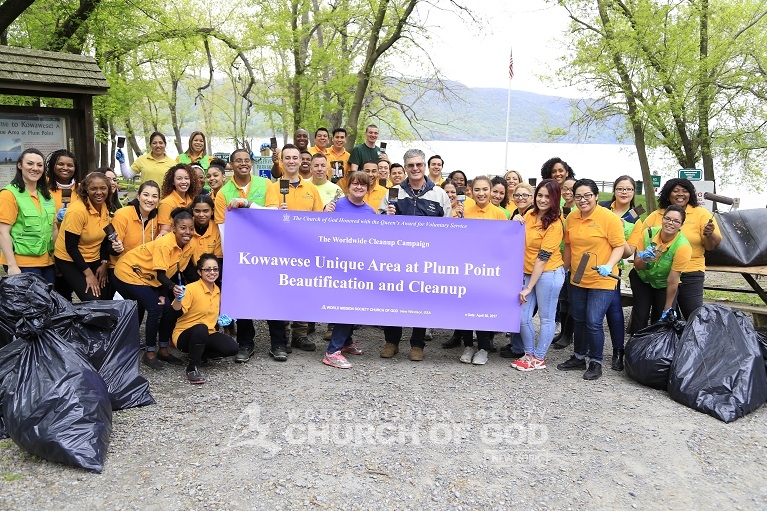 We often hear a well-known saying this time of year: April showers bring May flowers. Beautiful blossoms of life cannot be produced in May if nature doesn’t work its course to water the plants in April. Similarly, Church of God volunteers worked hard to beautify Plum Point Park in New Windsor, just in time for the blooming flowers of May.

On Sunday, April 30, about 40 volunteers from the Church of God beautified Plum Point Park. Settled right beside the Hudson River, Plum Point Park is a popular outdoor destination for residents in Orange County. The Church of God partnered with the Orange County Department of Parks and Recreation to make this event possible. Moreover, the department supplied the volunteers with everything they needed to get the job done.

Armed with paint brushes and sanding paper, volunteers went straight at it to make 16 picnic tables smooth and pristine. The park rangers at Plum Point Park explained that the picnic tables hadn’t even seen a touch up, let alone a refurbishing, in years and that locals would greatly appreciate it. The volunteers also painted a handful of sign posts and benches around the park. Meanwhile, other members diligently picked up trash and debris from the park grounds and along the Hudson River shoreline.

In attendance for the volunteer service was Orange County Legislator Christopher Eachus of the 15th Legislative District. He commended the volunteers’ efforts, telling them “they will reap the fruits of their efforts in the long run.”

“I’m so glad that you folks are here doing this. It’s certainly needed at a time like this,” said Legislator Christopher Eachus. “Wonderful people, smiling faces—and it’s great to have all of you here. I’m in debt to all of you.”

Justin, a Plum Point Park ranger, was also very moved by the volunteer efforts, saying, “I feel great. It was a very fun time. You guys helped us out a lot and it looks awesome now.”

The Church of God in New Windsor plans to carry out many more volunteer activities such as this in Orange County. The park rangers noted how impressed they were that the volunteers could have such a fun time while doing manual labor. The jovial attitudes of the volunteers comes as a result of following the attitude of Christ, who’s joy is to serve others. With a smile and a loving heart, World Mission Society Church of God volunteers’ earnest wish is to transform their communities into citadels of love, one volunteer service at a time. 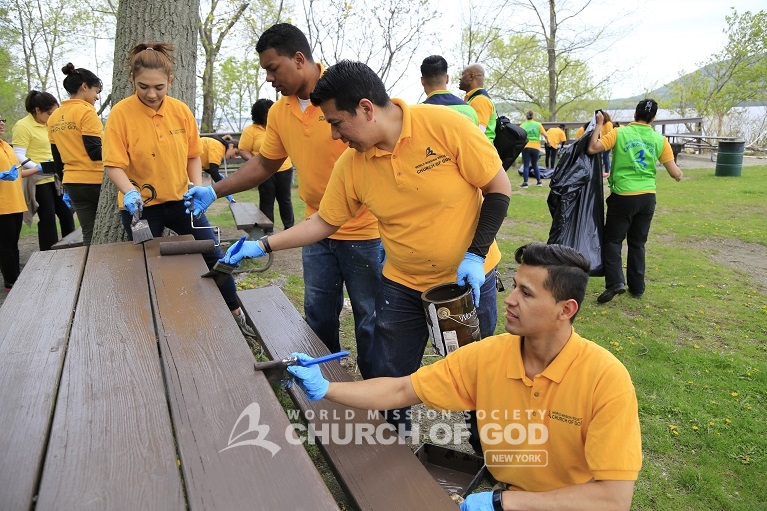 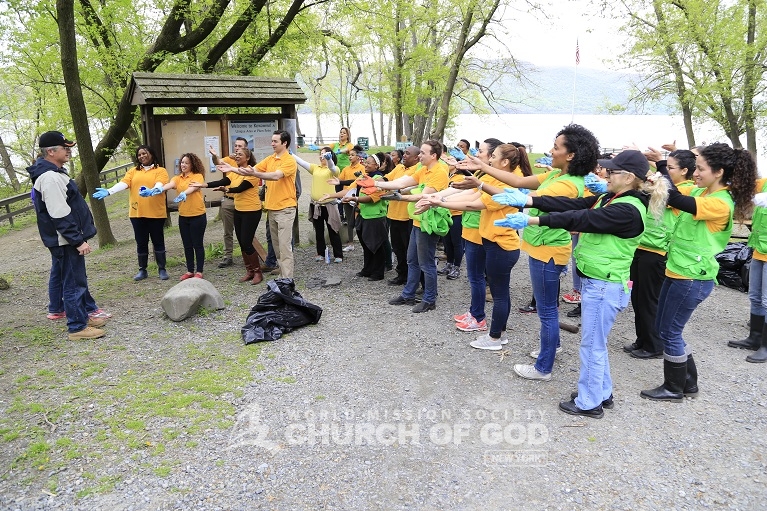 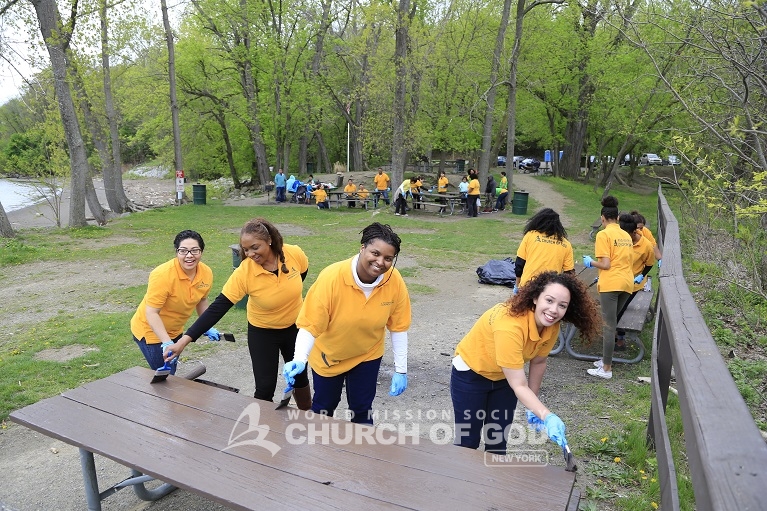 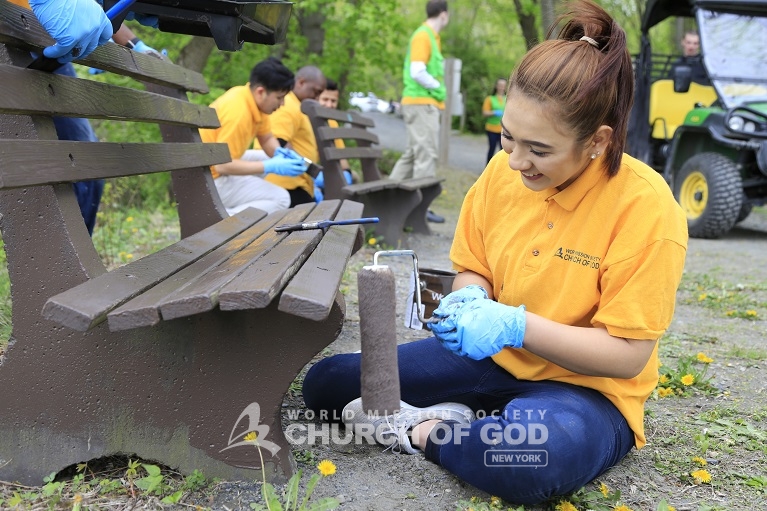 One volunteer had a great time painting a Plum Point Park bench.

Volunteers moved an old picnic table out of the park during the Plum Point Park beautification and cleanup. 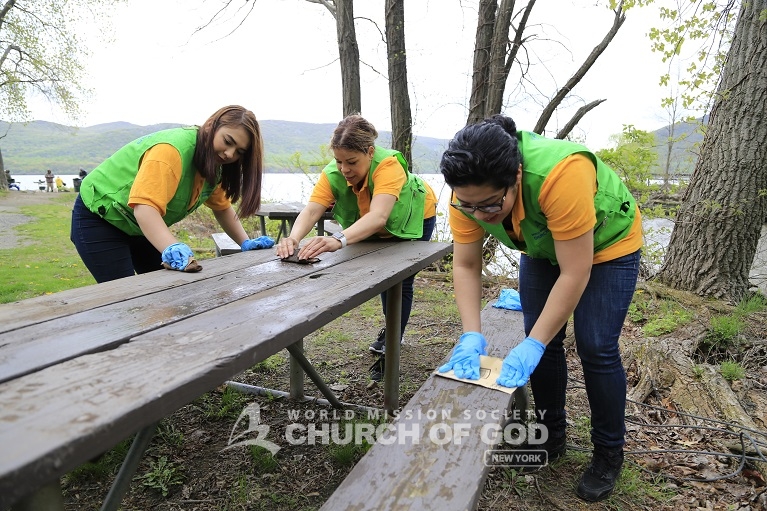 Church volunteers sanded down the picnic tables at Plum Point Park in New Windsor before painting them. 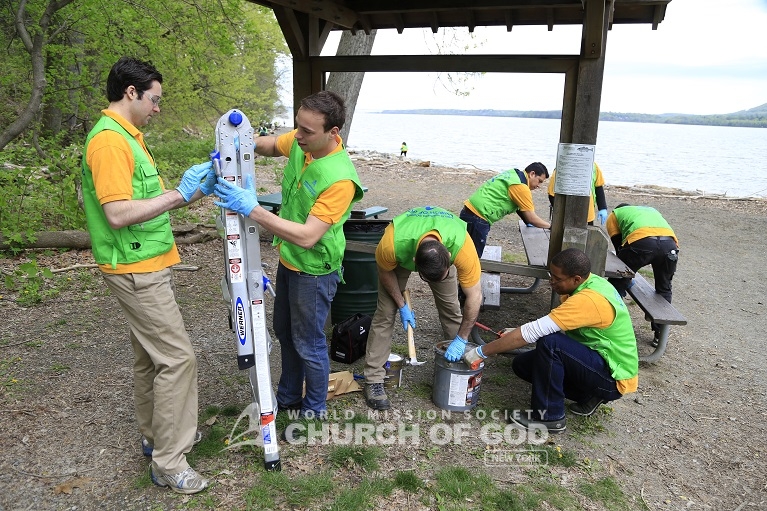 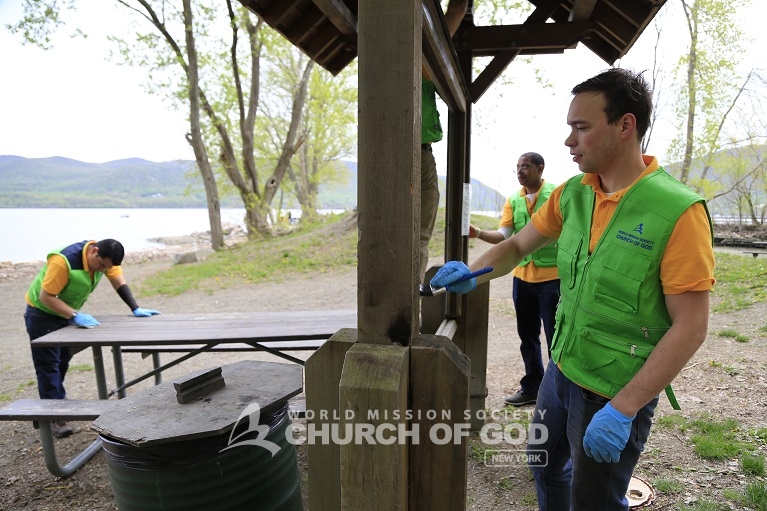 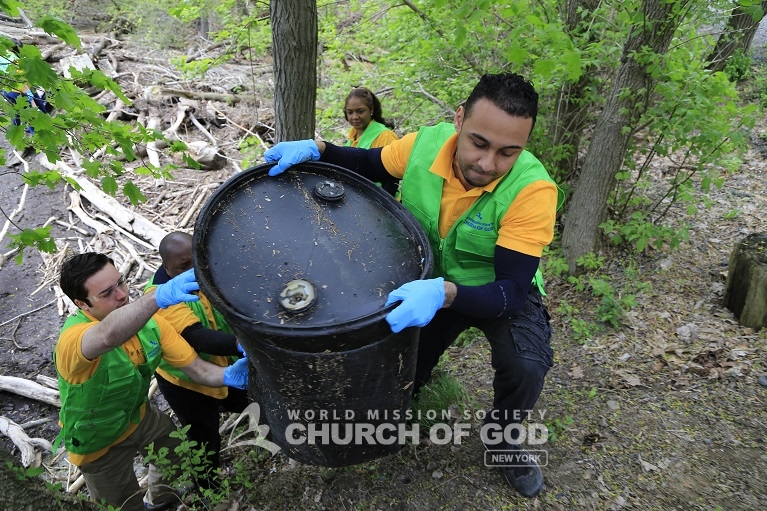 Church members found various types of disregarded trash on the shoreline of the Hudson River. 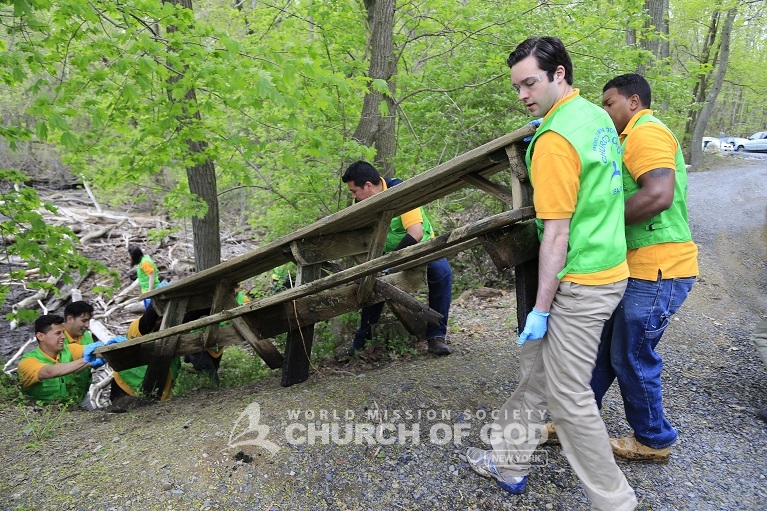 Volunteers removed a bench from out of the Hudson River during the Plum Point Park cleanup. 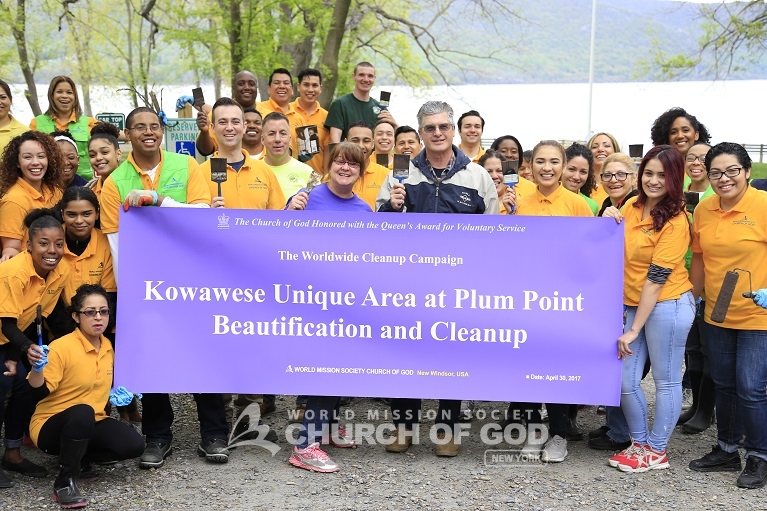