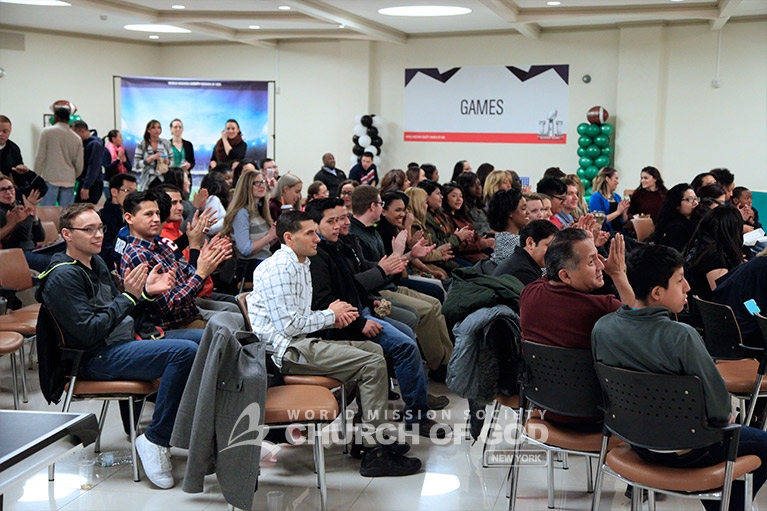 On Super Bowl Sunday 2017, the Patriots made history yet again, becoming the champions of Super Bowl LI in the first ever overtime win. The Church of God hosted a Super Bowl extravaganza, displaying the big game through a 16-foot HD cinematic projector.

The World Mission Society Church of God transformed its fellowship room into a sports fanatic’s dreamland. The venue was fully equipped with sports entertainment necessities. To no one’s surprise, the nacho bar and buffalo wings booths were huge hits. Meanwhile, the basketball arcade game and ping pong tables had their own competitions going on in between game breaks.

Upon entry, guests were able to submit their own final score predictions. Those who came closest to the final score won prizes at the end of the game. Additionally, a children’s section allowed little ones to play games or get their faces painted. Kids represented their favorite teams by sporting the team colors and logos on their faces.

Before kickoff, the Church hosted its own pregame show with a dance performance by Live Energy. Talented Church members performed the songs “I Will Survive” and “Give Me One Reason” before a packed audience at halftime as well. And, to top things off, a whipped cream pie eating competition was held before the start of the second half.

No doubt, Super Bowl Sunday 2017 will go down as one to remember. Good company, lip-smacking food and a down-to-the-wire finish made for an electrifying Super Bowl event at the Church of God to say the least. 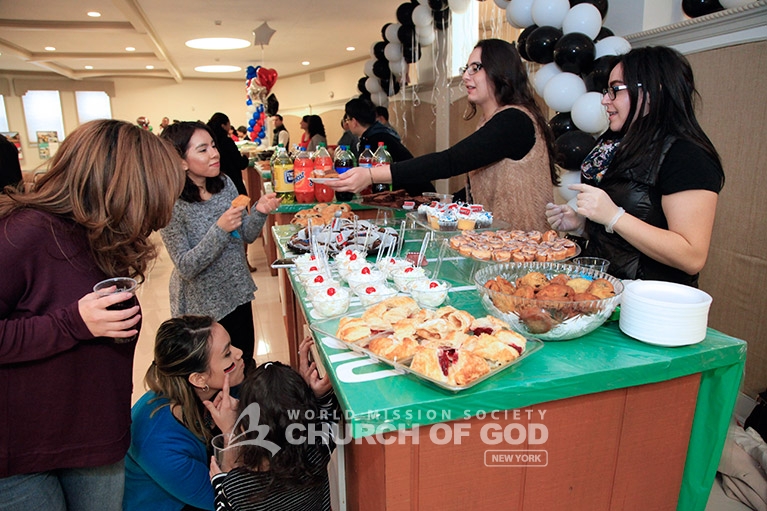 The Church of God served up a variety of game time foods and desserts. 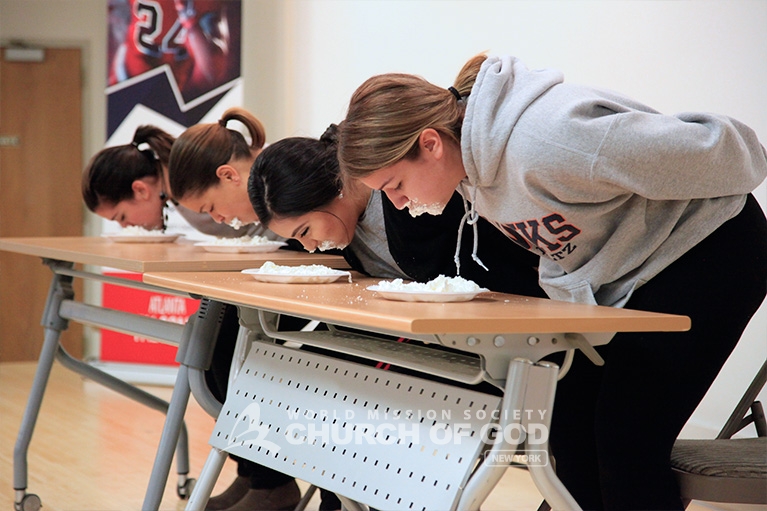 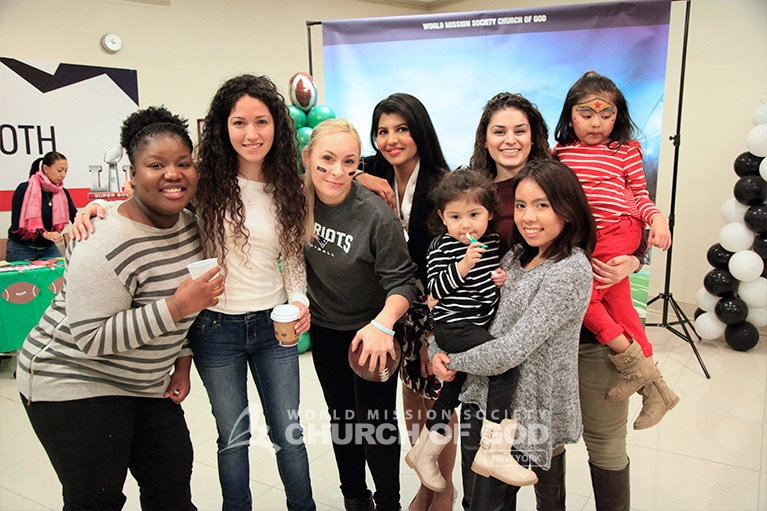 Best friends had a great time watching the game together. 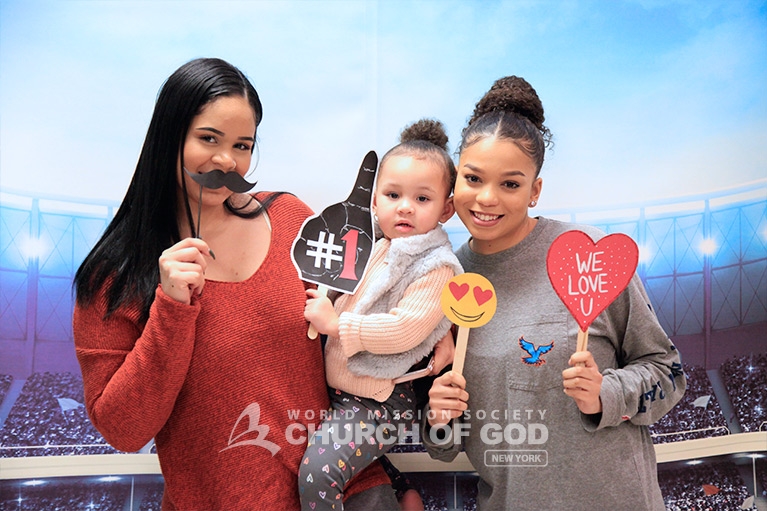 Even the little one became a fanatic!